Alex Benbow-Carter (ABC) and Georgina Selway (G) are two perfect examples of how the Government funded Kickstart scheme can and has benefited employers.

(ABC) and Georgina Selway (G) are two perfect examples of how the Government funded Kickstart scheme can and has benefited employers whilst simultaneously providing aspiring, new and talented people an opportunity to succeed in their prospective fields of employment.

The Kickstart scheme funds and provides grants for businesses in order for them to take on and create job placements for 16 - 24 year olds that are at risk of long term unemployment. This scheme has been incredibly successful and proven to be vital for businesses and younger people whilst the country continues to deal with the after effects of a global pandemic. It enables businesses by providing a free resource to help them survive and grow whilst, at the same time, providing invaluable work experience to the scheme members.

The Isle of Wight Chamber has been highly proactive in its promotion of this scheme for local businesses. In this particular case it supported and acted as an agent for NOSY who have benefited massively from this scheme. 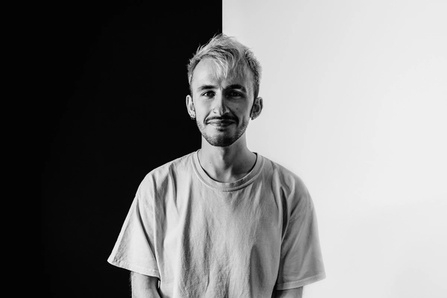 The Kickstart journey of ABC

"I found out about the Kickstart scheme from seeing it advertised on television and a number of other social media posts. Due to the pandemic, post university, employment for me was a serious issue. I’d had a job lined up that initially got delayed because of COVID and then, when I finally did get to start it, another lockdown shortly commenced and I didn't qualify to be furloughed.

So I applied to the Kickstart scheme, spoke to a work coach citing my preferences, qualifications, experience and aspirations and they sent my details out to prospective employers.

After a number of interviews I was fortunate enough to receive multiple offers of employment, one of which was from NOSY."

"The creative industry is difficult to get into at the best of times. NOSY gave me the opportunity to work in digital and creative marketing, media and video production, something that I really enjoy and have been studying and working towards for years. I find this incredibly rewarding. Added to that my skill set and experiences have soared. I’ve learned so much more, dealing with clients, working as a team, understanding the intricacies of project work whilst at the same time being given the confidence and freedom to experiment and implement my own ideas into our work.

In the past seven or eight months I have progressed incredibly. What I deliver now is the most professional work I've ever done and that’s been recognised by Matt and NOSY. I’m now employed by them, working in an industry that I love within a group and culture of like minded, creative people that deliver some of the most up to date and innovative projects I've seen." 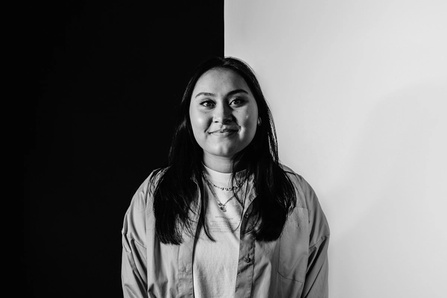 How G got Kickstarted

"I’d literally just graduated from University when the pandemic struck. I lost my job as a Barista and there was little to no prospects of employment at all let alone in the fields of graphic art and design. The jobs that I did apply for and got interviewed for I got turned down for because I had no experience.

A friend of mine told me about the Kickstart scheme and I applied. I was assigned a coach, my qualifications and skills were sent out and I got the opportunity to go for a number of interviews.

I know that with this scheme you run the risk of not being taken on once your six months are up but I chose to look at the benefits instead. I’d get six months of valuable experience of working within my field, my skills, knowledge and connections would all be enhanced plus I'd be getting paid!"

"I received a number of offers from my interviews but the one that stood out for me was the offer of a role within NOSY - and it proved to be a great choice! Previously, at Uni I'd only worked in a studio environment. Now I found myself surrounded by a whole team of designers, videographers, photographers, digital marketeers, developers, creative and account managers - this was proper working life! Working as a part of a team delivering a diverse range of projects both locally and nationally.

I’ve developed so much in such a short space of time. As well as my design work I've been responsible for certain projects, met with clients and certainly become more robust and confident which has, in turn, resulted in me being taken on full time at NOSY.

The Kickstart scheme has been invaluable. It’s helped me to gain employment during difficult times in a field that I absolutely love."

As a business we were growing and looking to expand even further. The Kickstart scheme allowed us to do just that with minimum risk involved. We submitted a video to the scheme that introduced the NOSY team and gave a brief taste of our working culture. It also highlighted some of the styles and examples of work that we produce in order so that prospective candidates knew what we were like and what we deliver.

Using the Isle of Wight Chamber as our agent we were able to offer several vacancies to prospective candidates and out of the twenty people we interviewed Alex and Georgina really stood out.

Over the past six months they’ve impacted the company in a hugely positive way, heading their own client projects and delivering outstanding work. Both have been offered and accepted positions at NOSY after completing the Kickstart scheme.

We honestly can’t imagine NOSY without these two young people.

NOSY is now a member of 1% for the Planet

Partnering up with businesses who create a positive impact to community, nature and environment.

Our experience working towards the Green Impact Award.

I’ve seen huge improvements in my physical health. With each commute I find myself struggling less on the hills, and I’m getting far less tired each time I head out. But also, my mental health has improved massively, the headspace I get while cycling is essential.